Bringing the gospel into people's homes 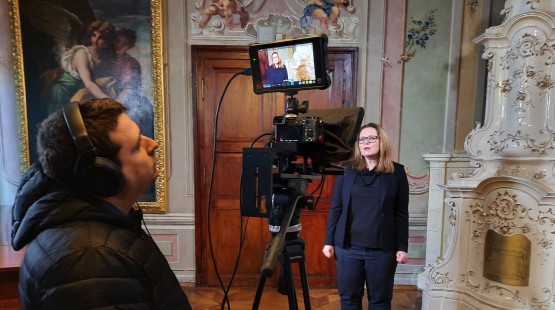 Alen and Lila Kercmar have been working in Slovenia for a number of years. Despite COVID-19 restrictions, God has opened many new doors for the gospel.

We love to CONNECT. We work towards building networks, so that God’s resources in one place can extend His kingdom in another. We encourage people to work in teams so that their ministries can have a greater impact. Lastly, we collaborate and partner, as an expression of the church’s unity in Christ.

We are very thankful for the many opportunities that have come about, even through this time of social distancing caused by the COVID-19 pandemic. At the start, it might have seemed that this was an obstacle, however the Lord is at work and opening doors so that the gospel might go forward. Praise the Lord!

One door has opened through the generous response from Christianity Explored Ministries, who have given us the rights to use the texts from the 10-week Christianity Explored (CE) video course. We have divided the course into 27 shorter talks. The talks have been filmed in different locations throughout the region of Prekmurje, with different people re-telling the content of the CE videos. Representatives from the Lutheran Church, the Pentecostal Church and the Evangelical Union in Slovenia were involved in recording the talks, which is in itself an expression of the church’s unity in Christ and partnership in the gospel. The videos were successfully launched during the second week of February.

Two local television companies in the Prekmurje region (north-eastern part of Slovenia), are broadcasting the course; one in the morning and one in the evening time (covering nearly 115,000 people). Another local TV station in the central part of Slovenia (Gorenjska region, which has over 200,000 people living there) has expressed an interest to broadcast. Pray for people to hear and respond to the gospel. Pray for openness and working out of details with other potential TV stations.

Give thanks that the gospel is being brought into people’s homes because God’s people are CONNECTING and coming together to bring impact for His glory.