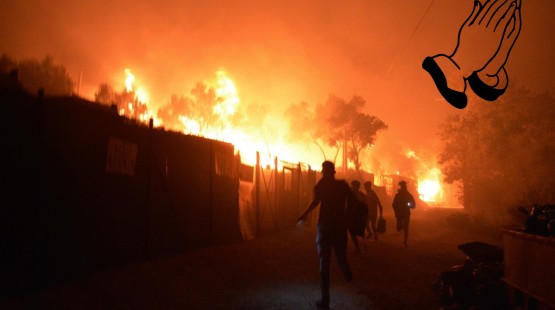 On 8th September, a fire ravaged through Moria Refugee Camp displacing over 12,000 people and leaving them without shelter, clothes and food.

Please join us in praying for all those who had to flee from the fire on the island of Lesbos in Greece. Peter and Anna Crawford, ECM Ireland’s missionaries in Greece, have shared some of the following prayer requests: