What is ECM doing with refugees and migrants? 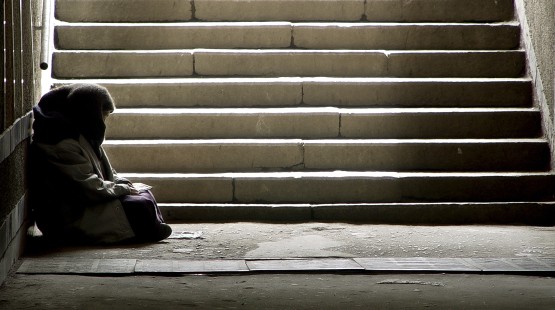 The current refugee crisis in Europe has dominated the media in recent weeks. But while it is truly shocking to us in the UK, to those on the ground in Europe responding to the needs of migrants and refugees is nothing new.

Throughout our 111 year history ECM has responded to the needs of migrants and refugees. Some have been during times of great distress which have made the news, like the plight of Jews during World War 2, people from Croatia, Bosnia and Serbia during the Balkan war, as well as of course the horrible images we see on our TV screens today.

Simply put, ECM was working with migrants before this current crisis and we will continue to do so after the media has moved on to focus onto something new. Most of what we do revolves around the churches we are involved in stepping up and doing what they can to meet the needs of those in their area of influence.

ECM missionary Vimal Vimalasekaran has been working among refugees in Germany for several decades now. As Vimal likes to say, “Jesus was himself a refugee!” Vimal himself came to Christ in a refugee camp. He and his wife Louise have a real heart for those displaced by war, pestilence and poverty. While the rest of Europe struggles to know what to do with this new wave of refugees, Germany is prepared to receive nearly 500,000 this year alone (The Guardian). Vimal and Louise are strategically positioned to minister to these refugees whose initial entry point is the refugee centre in Karlsruhe.

An ECM worker in Belgium wrote “Our Church is engaged in ministry to the refugees, we praise the Lord for the many opportunities to show His caring love. We offer food and clothes to the refugees and open the church for them to rest and take showers.”

Closer to home, an ECMer here in the UK wrote “here in Gloucester we are very aware of the situation which is also impacting the city here. Rita (an ECM worker from Lithuania) has already been involved with the refugee and migrant community here in Gloucester for a number of years and she recently drew the attention of a group of local church leaders to the possibilities for further help. As a result of that, Adrian Brixey (another ECMer) and I have started to help at a meal that Rita organises and is held once a month at one of the central city churches with the aim of developing friendships and further contacts with some of the refugees and asylum seekers here.”

We aren't alone in responding, of course. An ECM worker in Albania sent an email saying “we have heard of a church in Kosovo that has raised some money from within Kosovo so they could go into Macedonia and buy toiletries etc to give to the refugees. They know what the refugees are experiencing, but time constraints and limited resources both affect their ability to do this on a regular basis. We are encouraged and applaud what they have done, even though in the big scheme of things it is not much.”

Links to just two of our works with refugees and migrants can be found here: Because Jesus loves them too.
•In Germany
•In Belgium

We would encourage you to do whatever you can to help refugees in other countries or reach out to them here if they manage to reach our shores.